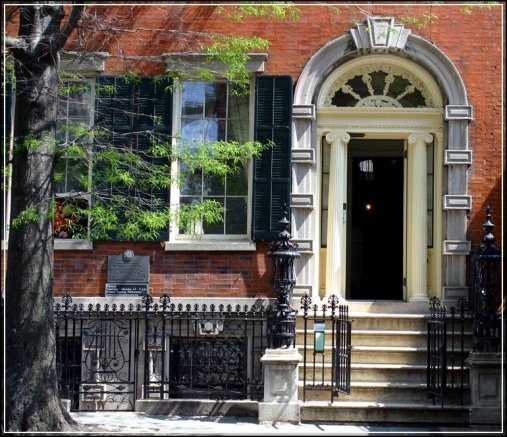 Of the estimated 300 Federal houses in NYC, the Merchant House is the most genuine and best-preserved. Built by Joseph Brewster in 1832, Samuel Tredwell purchased the building three years later. The red-brick and white-marble row house is situated at 29 East Fourth Street in Manhattan; the Tredwell family lived there for nearly 100 years. In 1936, after extensive repair and renovation, the building was turned into a museum. Time has stood still on the Merchant House; it looks virtually the same as it did in 1832.

“The distinction of the Merchant’s House and it is a powerful one is that it is the real thing. One simply walks through the beautiful doorway into another time and place in New York.” [NY Times]

Nevertheless, what’s a historical site without a ghost or two roaming about to give it some spirit? Indeed, in addition to being most genuine and best preserved, the Merchant House is also reputed to be one of NYC’s most haunted of houses. At least nine former residents are said to have died there; and, whether or not they died unfortunate deaths (obligatory for a ghostly afterlife), the deceased made it their business to make their eternal presence known. In addition to this, many long ago people who had died elsewhere, but had strong ties to New York’s social scene, made special (or, at least, cameo) appearances at the Merchant House to delight visitors who are currently still alive.

Staff members often feel an energy going up the staircase from the second to third floor. Staying late after work in 2006, Merchant’s House education coordinator Eva Ulz said she heard “footsteps in the third-floor hallway.” Assuming someone had returned, she recounted, “I listened a little closer and realized they were footsteps very light and fast, as if being made by a child in bare feet. When I went into the hallway, they stopped.”

The Merchant House’s most lively specter is Gertrude Tredwell, Seabury’s spinster daughter, who, in 1933, died at the age of 93 in the front bedroom. She’s often been seen wandering through various parts of the house, particularly in the kitchen; according to some witnesses, an elegant, petite figure that exudes a sort of “protective presence.” During a 2005 concert in honor of President Lincoln, Gertrude “appeared to certain members of the audience.” Perhaps an appropriate time for Tredwell to materialize: The concert was dedicated to songs made popular in the aftermath of Lincoln’s assassination.

For decades, the Merchant House’s most noteworthy specter was that of Aaron Burr. Particularly famous for proving that duels aren’t cool when he ended the life of Alexander Hamilton in 1804, Burr spent the remaining 32 years of his life in scandalous infamy. Sadly for Aaron Burr fans, experts have recently discovered that Burr had never haunted the place at all. But the good news for them is that his beloved daughter Theodosia (lost at sea in 1812) has probably taken time out from her busy schedule to haunt there by “playing with the earrings of patrons.”

Indeed, if you enjoy American history (as I do) or the paranormal, the Merchant House is the place for you. Few NYC landmarks offer as impressive a taste of the pre-Civil War period as this house; even fewer have the alleged potential for really allowing the past to come alive again. 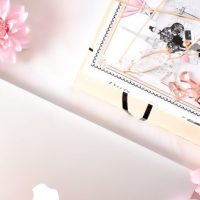