The grass is always greener on the other side of the indeterminate permafrost.  Bedford Avenue, Brooklyn   Photo: Bruce Handy

Here is a sample from a 15 minute clip made from every newsreel, news report, raw footage, etc filmed of the boys arriving in America on February 7, 1964 in New York City, NY at JFK Airport! Enjoy! Katmak21

I was only 10 years old then, but I was convinced that this was the life for me: to be rich and famous and a musician. Well, I became a musician…albeit, rich in debt and famous among creditors.

These hardy fishermen at Steeplechase Pier were among the few people encountered last night by photographer Bruce Handy on his walk through snowy Coney Island. Later this month, Bruce’s photos will be on view in “A Stroll Through Coney Island Among Friends,” a photo exhibit featuring the work of five photographers and friends. The exhibit opens on February 22 at Coney Island USA’s Shooting Gallery/Arts Annex on Surf Avenue.

via Amusing the Zillion

“Let Love Be With You”

Apparently, the most unlikely people manage to fall in love…even Darth Vader, that star-trotting imperialist from a long time ago in a galaxy far, far away, etc. Nevertheless, Happy Valentine’s Day to all you romantically ambitious and/ or contemplative types out there. Insofar as I’m concerned…I’m married.

At present, my wife and I are attempting to disinter ourselves from the fourth (or is it fifth or sixth?) snowstorm of the season.  We’re waxing philosophical between shovelfuls of snow and ice, pondering the unanswerable; as follows:

Why is there something rather than nothing? Why does the universe, the laws which govern it, exist the way it does and not in some other way? Why does it exist at all? Or is everything that we perceive merely a will-o’-the-wisp of human expectancy: philosophy’s anthropic principle?

According to the latest weather report, we should expect 3-4 more inches of snow tonight. Isn’t it romantic? I presume Darth Vader would think so!

The Snowman with the Red Guitar — atBrooklyn Heights Promenade.

My wife and I were wondering what became of Strummin’ Joe: rhythm guitar troubadour, ingenious improviser, and all-around nice guy. When we last saw him, he was chicken scratching leisurely pass the last ice shelf on the left. Of course, we knew he was cool but had no idea how cool he really was (or is?).

In February 1932, the first Olympic Winter Games to be hosted in North America took place in Lake Placid, NY.

A wonderful Official Report of the 1932 Games is available here.

The footage is old and dark, so for some guidance let’s turn to the Edison Catalog, where they provide this plot summary: “A realistic panoramic view taken at Madison Square, New York City, on February 17, 1902. A portion of the New York Fire Department trying to make their way to a fire through the immense snow drifts. A few pedestrians are bravely plodding through the immense piles of snow, and a snow plow is hard at work on the Broadway, underground trolley line, endeavoring to clear the tracks. Madison Square, Madison Square Garden, Broadway, the Fifth Avenue Hotel, and 23rd Street are all shown in succession.”

Too bad there’s no footage of New Yorkers walking across the frozen East River, or building that bar on the frozen Hudson.

We New Yawkers are now (once again) shoveling our way through our present-day snow. In spite of that, it’s nice to reminisce…with the hope that some things become confined to reminiscence. 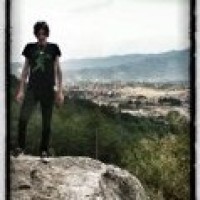 Lifting the past from the page

All writings by Freddy S. Zalta

If you'd like to travel with me, google "Travel Spirit Meetup"

The Gothic Poet and other writings,poetry ,art and prose

Accompanied by Cats With Big Attitudes